1812: The Invasion of Canada is now available to pre-order!

Pre-order 1812: The Invasion of Canada now you’ll get instant access to the beta on Steam for PC, Mac & Linux. Currently the beta is playable hotseat for up to 5 players and future updates will include the AI opponent and online multiplayer!

1812: The Invasion of Canada Announced!

We’re pleased to announce that we’re bringing Academy Games‘ excellent 1812: The Invasion of Canada board game to PC, Mac, Linux, iPad and Android in June!

You can find out more about the game (including a preview video and screenshots) by clicking here.

You can also now Follow the game on Steam and register your interest in taking part in the beta!

We’ve just released a major update to 1775: Rebellion which includes several improvements. The v2.0 update is now available on PC & Mac, but will also be coming to iOS and Android soon.

Improved AI
The AI opponent for the main 1775 scenario and also the short version has been vastly improved. We’ve also tweaked the Quebec AI to make it more challenging.

Better Camera
The camera has been changed so it now moves smoother. Also when you zoom in, it now moves towards where you are pointing the mouse to, so you can focus in on areas of the map with ease.

Game Manual Additions
We’ve added an example of Movement and a Battle to help players who are new to the game understand the mechanics.

New Scenario
A new “Southern Theatre” scenario is now available as free DLC on the PC and Mac! Note this scenario will also be available as paid DLC on iOS and Android soon.

($19.99 with 20% discount code applied, regular price $24.99) Please note: Discount code is valid until the 19th April 2017. The discount code can only be redeemed when purchasing the game on PC or Mac from HexWar.com 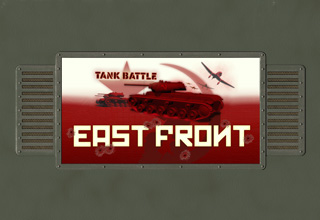 The Horus Heresy: Battle of Tallarn out now on iOS, PC and Mac!

The Horus Heresy: Battle of Tallarn is now available to buy on iOS and Steam!

The Horus Heresy: Battle of Tallarn is a turn-based strategy game that recreates one of the most important events in Imperial history. Command a vast array of tanks, Dreadnoughts, Knights and Titans across the toxic landscape.