The Mac Edition of Twilight’s Last Gleaming is available to buy directly from HexWar.com now!

Special Offer: Purchase before 1st March using discount code ‘TLGLAUNCH’ at the checkout and receive 10% off the list price of the Mac Edition! 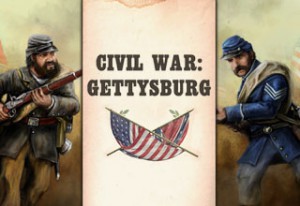 Rebels & Redcoats is now available on iPad and Mac! Rebels & Redcoats recreates the pivotal battles of the American War of Independence. The latest strategy game from Hunted Cow Studios brings the classic Decision Games board game to iPad; and is the first in a series of games to come from this exciting partnership. The hex-based game system features a large variety of infantry, cavalry and artillery units, generals and terrain types. Use your combined forces to outmaneuver, outwit or outshoot your opponent. Victory awaits you, Commander!